'You have to do it': In 1 year, woman saves 3 people with CPR and first aid

After a day of biking 103 miles during the Seattle to Portland Classic — a 205-mile, two-day ride — Madeline Dahl slept through her alarm. At the start of day two, her dad, Kenny Dahl, got a flat tire. It just wasn't their day.

They powered ahead trying to pick up speed when Dahl spotted what looked like a collapsed person on a hillside. As she got closer, she noticed he was struggling.

Dahl asked if anyone knew what happened. Onlookers said the man fell off his bike, hitting his head. She checked his pulse and felt nothing. His breaths were short. She asked Kenny to start a timer and began rounds of chest compressions for two minutes each.

“It’s exhausting,” she said. “In those moments, the adrenaline helps you. You have to do it. We were in the middle of nowhere.”

After two rounds, the man's pulse came back. Then it faded. After the ambulance arrived, paramedics shocked him three times with an automated external defibrillator as Dahl compressed his chest between shocks. During the 20 minutes of compressions, she broke his sternum.

“Sometimes, you break someone’s sternum or the ribs when doing compressions. It is painful, but I don’t know what else to do,” she said.

The paramedics stabilized him and took him to a nearby hospital. Dahl and the others returned to the race. At a rest stop, someone told Dahl the man, Will Treinen, died.

A few days later at work at Seattle's Washington University Medical Center, a co-worker told her about a story she heard on the news — a man who collapsed during the race was looking for the woman who saved him.

“I kept going ‘He’s alive,’ over and over again. I was so excited, but surprised,” she said.

She also worried Treinen experienced brain damage because he was unconscious for so long, but he simply needed surgery to clear a blocked artery.

“He is going to get to return to his active lifestyle,” Dahl said.

This isn’t the first time Dahl used CPR to help a stranger in the past year — it's the third.

“In a weird way, it has been an opportunity for me to feel reinforced that nursing has been the right career,” she said.

The first time she helped a stranger was last October. After reading an article about an app that alerts users if a person nearby needs CPR, Dahl downloaded it. For months, she received no notifications. But as she was leaving work one Friday, the app started beeping. Someone nearby needed CPR.

She ran to look for the person and spotted a med student crouched beside a middle-aged man on the ground.

“I started helping, checking his pulse and doing compressions until the ambulance got there,” she said.

The man, Stephen DeMont, had a blocked coronary artery and thanks to Dahl's intervention, doctors were able to treat him in less than an hour after he collapsed.

“The faster you can clear the blockage, the better the outcome,” she said. “I was excited that he was doing well.”

Then on New Year’s Eve, she was on a flight to Seattle from San Antonio when flight attendants made an announcement. Did any passengers have medical experience?

Dahl explained she was a cardiac nurse and the flight attendants whisked her to first-class, where she met a middle-aged man experiencing chest pains, dizziness and shortness of breath. Dahl assessed him because the flight crew needed to know if they had to make an emergency landing. He was awake, so Dahl tried keeping him calm. After a brief exam, she believed he would be OK for the remaining 30 minutes of the flight.

“He might have been having a heart attack, but he was awake,” she said.

Dahl was right. The man's condition didn't worsen. When the plane landed, an ambulance rushed him to the hospital. But Dahl never learned his name and isn’t sure what happened to him.

While Dahl saves lives, both at work and in her free time, she says her experiences show knowing CPR can make anyone a hero. But she also noticed something else.

“All three times there were strangers … willing to help,” she said. “I feel comforted by that." 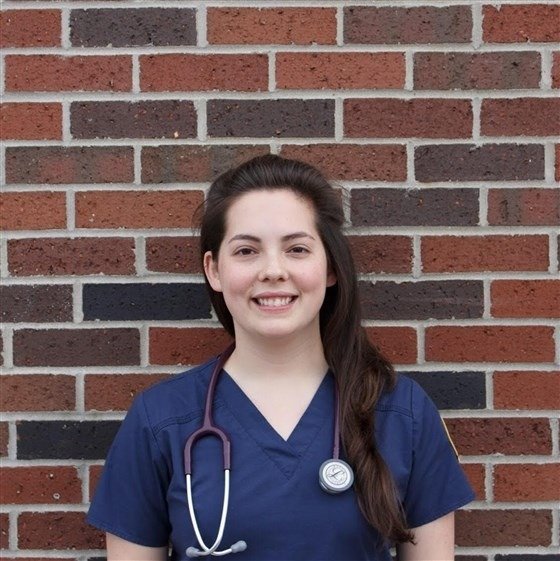 CPR First Aid Good Samaritian
Looking to purchase an AED?
Nurse misread symptoms of her own heart attack
What is Cholesterol?
Comments